June 10, 2014
I just realized that I want to wear my natural hair out forever!

It’s kind of a funny story actually because I’m already roughly five months into re growing my hair after getting it cut down very low. My intention was never to stay with this type of hair. I was just getting rid of the remainder of my severely damaged relaxed hair. I cut it because it was getting frustrating having to explain why I had a gaping hole at the back of my head where my hair should be. The hole wasn't completely terrible, at least I’d like to believe not, and it wasn't completely deficit or devoid of hair but it was bad enough for people to notice. I found myself displaying toupee tendencies more and more by trying to comb over my longer hair over the affected area. It was a disaster and I can safely say my comb-over was not working (do they ever though?). So the idea of cutting was always at the back of my mind (perhaps too literally), but my tendency to over think things kept holding me back.

It was my eldest brother who was actually the straw that finally broke the camel’s back. On New Year’s day, as my sister in laws and I were tidying up after the family lunch, my brother walked past me, stopped, turned around with a shocked expression on his face and said: “What happened to your hair?”. Instead of becoming highly embarrassed as was usually the case when anyone called me out on the condition of my hair, I found myself getting rather mad and annoyed. Please understand, I’m 23 years old, and this man has been around or near me all of my life. He has seen the rise and many falls of my hair so this was not the reaction I expected from him at all. So I mumbled explanations of hair breakage and dry hair as I walked away from the situation with a fake smile. Internally I was really mad and that’s when I promised myself to get rid of this embarrassing affliction. Two weeks later I reached for the scissors, faced off with myself in the mirror and began to cut my baggage away. I then started a rigorous wash and condition regime in the hopes of growing my hair out stronger and healthier. My main problem has always been breakage which always seemed to increase in severity depending on my moods and stress levels. Exam time has been a nightmare for me in that regard.

Let’s fast forward to my big aha moment. Thanks to a YouTube comment on a comment I made on some video, I accidentally stumbled across an assortment of channels by black women giving tips and advice on growing natural hair to be healthy. I’m a YouTube junkie so needless to say, one video became fifty and fifty videos became a Google search, which then became countless blog posts which resulted in me tracking down my nearest supplier of Shea butter (Google it :P). I've tried the natural route before but that time I became quickly discouraged because the longer my hair became, the less I knew what to do with it, so forgive my gorging myself on all the information I could come across. I've been living on relaxer since I was 7 and I've had no real close reference point as to what to do with such hair as it gets longer. My mother always kept hers short whenever she went through natural hair bouts.

From my time online I've come across some of the most delightfully interesting phrases and words in my search for healthy natural hair. The one I found most humorous is the word Transition. Basically, when it comes to starting natural hair again, there are two main schools of going about it. You either get what is called the Big Chop (BC), which is when you cut your hair almost completely off. The other is called Transitioning; this involves just growing out your natural hair whilst the chemical hair remains. As the hair grows, the chemical tips are snipped off bit by bit. Transitioning made me laugh for a good few minutes though. Maybe it’s because I've watched too many supernatural shows but I just couldn't understand this word in relation to something as beautiful as hair. When I think of transitioning, the first thing that pops to mind is a painful transformation, with toilet face and all. I’m not sure if this is perhaps the feeling that some people get when first growing out their natural hair, I guess it’s possible. I suppose I will get over it eventually, all these strange new words and acronyms, this is my new online community after all.

So far after my BC, my hair has been growing back vigorously. It’s not growing fast but a lot of it is growing now. The back of my head has sprouted a new generation of follicles which are now hosting some of the softest hair on my head. I can liken the new growth to baby hair because it is just so soft and delicious to touch. It’s at the point where I worry that I’ll pull my hair out by running my hand across the hairs at the back of my head so much. My biggest vice right now though is keeping this hair moisturized for longer than an hour. I use my lotion twice a day but I’m clearly still not doing enough. Let’s hope the mixes I make with the Shea butter and other stuff will solve this problem.

Finally, I think C.S Lewis described things best in his book, The Four Loves, when he said: “Love, having become a god, becomes a demon.” I've loved my hair since I was a little girl child, maybe too much, to the point of unhealthiness. And in that obsessive love, perhaps I have been the prime owner of all the negative feelings that my hair has created. As much as I’m changing now, going back down the natural route, the one lesson that I would like to take with me going forward is that whatever the outcome, whatever the result of my growing my hair this way, I shouldn't obsess and let it affect me in negative ways as it has my whole life. Basically I’m hoping this love doesn't become my demon ever again.

Thanks for reading another of my online thought bubbles. It was a little longer than usual but you will live, reading is good for you ;-)
BC big chop growing my hair out natural Growth life natural hair Online thought bubbles transition transitioning Why I cut my hair
Location: Pretoria, South Africa

Popular posts from this blog 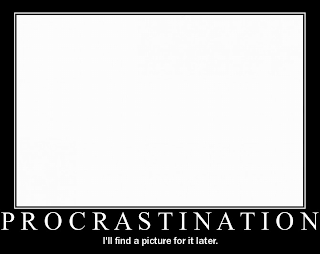 So I’m doing the dishes, doing a little song and dance in the process. Literally having a wild time as I carry out a chore that I hate. Why? Well it’s because I am procrastinating.

Ever find that you also get a surge of energy to do all those meaningless tasks that you have been meaning to do but never got around to doing. You know the ones. Cleaning, washing dishes, sowing that button onto that old shirt you like wearing. This energy wouldn't be a problem if it didn't come at exactly the moment when you are meant to be doing something else which is actually more important than those other tasks. Be it studying for a final exam, writing up a report for work or even finishing off your varsity assignment, you know you need to get to it but somehow this energy just doesn't cover those types of tasks.
Why? Why do we procrastinate? Well, I don’t know, but I sure feel like I'm five steps closer to the answer than I was before finishing the dishes so I've compiled a list of…
Read more